This is a collection of some experiments, unfinished side projects and some written down thoughts. Most of the stuff has something to do with programming. You can reach me on Twitter or LinkedIn.

Some more recent stuff. I love the simplicity and visuality of p5js. Here are some experiments I did with it:

seems different from far away 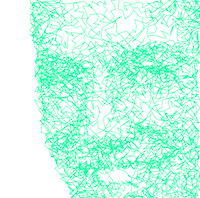 This is a collaboration with Probiere bringts. The aim was to draw an image with one stroke, so it can also easily be plotted: Demo, p5.js Editor sketch 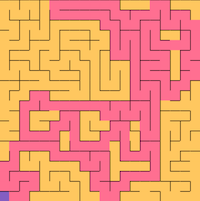 Click in the grid for setting a start point, then a maze gets generated. A second click sets the target for the A* path find algorithm: Demo, p5.js Editor sketch

It started with an experiment, how much effort it would take to teach a computer to play Jass, a Swiss card game. Like a lot of side projects, this project is completed about 80%. But I keep coming back to it every 6 to 12 month or so, so I might finish it at some point…. Repo

Back in the days when I wanted to start a blog I actually wrote some posts about software engineering stuff.

There is a post about Security, one about composition over inheritance called in favour of behaviours, one about programming style and finally one I was excited about web components.

For some reasons, I had the pleasure to speak at some international conferences: